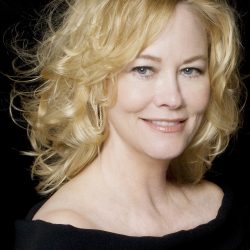 Cybill Shepherd, perhaps best known for her debut film “The Last Picture Show” and her television series “Moonlighting,” and Pam Grier, famous for her role in “Jackie Brown” directed by Quentin Tarantino and as a regular on “Miami Vice,” will attend a screening of the film “Rose” at 7 p.m. Wednesday, March 7 at Allen Theatres Cineport 10.

The film follows Rose (Shepherd), a recently disabled and widowed ex-cop, who discovers that she may have a life-threatening illness. She decides to go on a solo road trip in a motorized wheelchair through New Mexico in an effort to reconcile with her estranged son and make her peace with life.

Shepherd will also receive the Outstanding Achievement in Entertainment Award during the Las Cruces International Film Festival at a ceremony Thursday, March 8.

The screening kicks off the third year of the five-day festival that brings thousands of movie-lovers to Las Cruces to see feature-length, short films, documentaries and student films.

Last year, more than 6,000 people attended the event, according to a release from New Mexico State University, with about a third coming from outside the immediate area.

Ross Marks, executive director of the festival and professor at the Creative Media Institute at NMSU, said the event has grown significantly each of the last two years and he expects this year to be the biggest yet.

“The LCIFF’s reputation is spreading,” Marks said in the news release. “As the festival continues to grow, we hope it will become an economic driver for the region as well as a way to give our students opportunities to enter the state’s nearly $400 million film industry.”

This site uses Akismet to reduce spam. Learn how your comment data is processed.

Get Your Tickets
NOW